When it comes to King’s Day, a Netherlands holiday to celebrate King Willem Alexander’s birthday, I’m a self-appointed expert- a status which I gave myself in 2013 when I celebrated the last ever Queen’s Day and the inauguration of King Willem-Alexander.

Everyday in Amsterdam is pretty much a party, so can you image how crazy this national holiday is? To help prepare you, here are 6 tips for surviving King’s Day in Amsterdam on April 27th:

Orange is the colour of the Royal Family, so dressing from head to toe in orange on King’s Day is a must to show your national pride (even if you’re a tourist).

2. Never Question What Your Shirt Says

Locals kept laughing at us and asking if we knew what our shirts said. Apparently our shirts controversially poked fun at/ insulted the new King… oops!

4. Take Refuge In The Free Museums

Need to use the washroom? Skip the disgusting port a potties and head to the free museums to enjoy flushing toilets and even check out a few exhibits while you’re there. Although many museums close on King’s Day, there are quite a lot that stay open to the public and are free for the day.

Note: Lines to the museums can be long so plan your bathroom breaks in advance.

Did I mention that King’s Day in Amsterdam is really crowded? As a result it’s not always possible to do and see everything. We really wanted to see the traditional parade of boats on the canals but instead ended up stumbling upon free concerts, street dance parties and people watching in Vondelpark.

6. There Ain’t No Party Like A King’s Day Party

King’s day celebrations actually begin the night before… so if you do happen to survive you likely won’t remember King’s Day at all and will have to go back next year! #amsterdamproblems

Happy Birthday King Willem! Happy King’s Day to all who will be celebrating in the Netherland’s! And as my shirt says, “Hee Willem, Ga Eens Bier Halen!” 😉 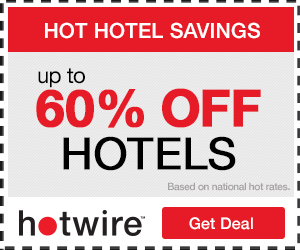